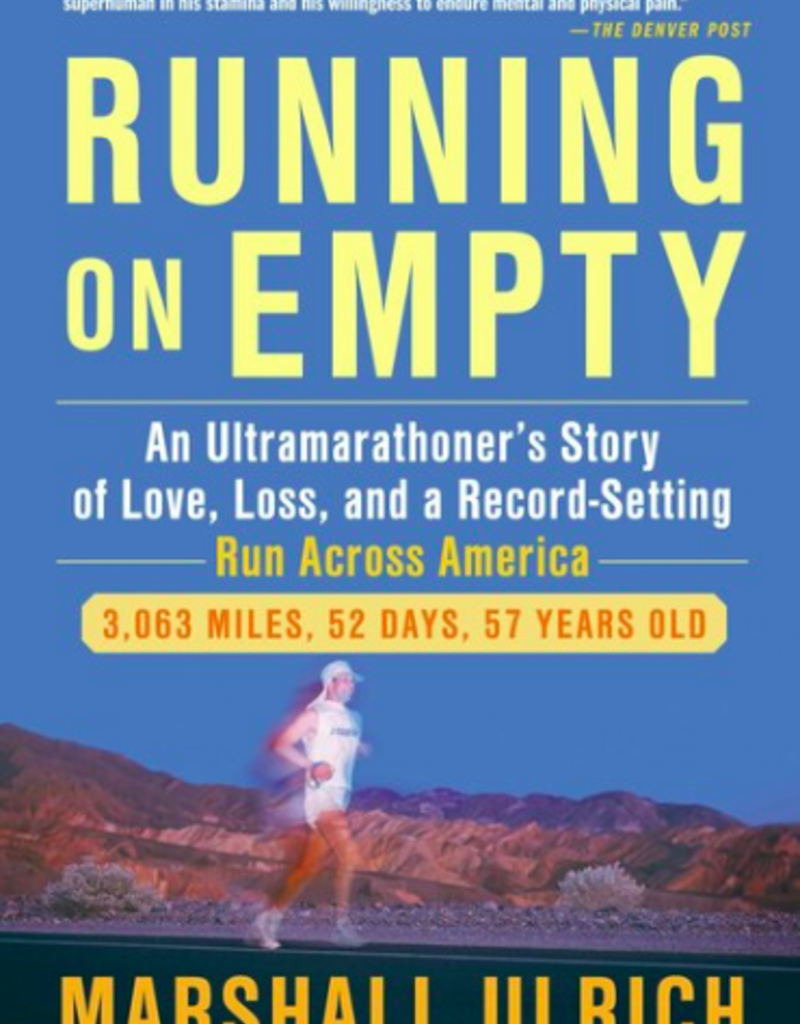 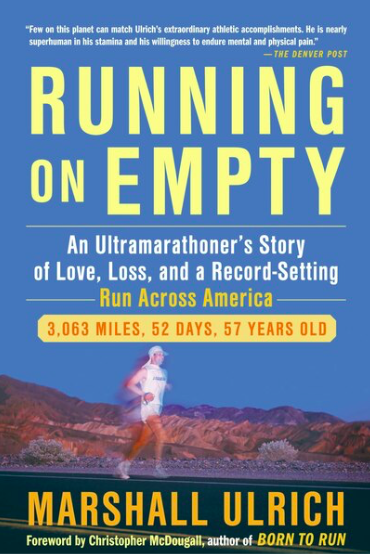 Running on Empty by Marshall Ulrich

A fascinating glimpse into the mind of an ultramarathon runner and the inspirational saga of his run across America.

The ultimate endurance athlete, Marshall Ulrich has run more than one hundred foot races averaging over one hundred miles each, completed twelve expedition-length adventure races, and ascended the seven summits— including Mount Everest. Yet his run from California to New York—the equivalent of running two marathons and a 10k every day for nearly two months straight—proved to be his most challenging effort yet. In Running on Empty he shares the gritty backstory of his run and the excruciating punishments he endured on the road. Ulrich also reaches back nearly thirty years to when the death of his first wife drove him to run from his pain.

Ulrich’s memoir imbues an incredible read with a universal message for athletes and nonathletes alike: face the toughest challenges, overcome debilitating setbacks, and find deep fulfillment in something greater than achievement.